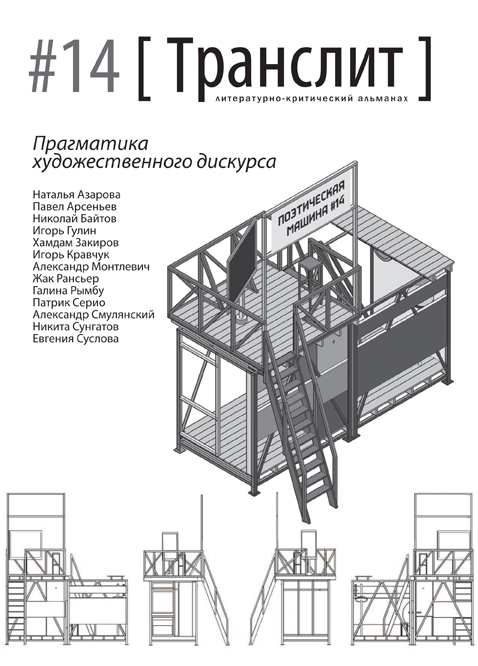 K. it referred to large-scale amelioration procedures such as irrigating and draining arable tracts of land, straightening riverbeds, or constructing water reservoirs. It also included the study and practice of hydrology and geodesy. ‘rural’ or ‘environmental engineering’ (Kafka's Землемер)
culture is that which is ameliorated, nurtured, rendered habitable and, as a consequence, structurally opposed to nature.
From 1970s K is linked to the growing awareness of modern media as the dubious shapers of society. To speak of cultural techniques in this context is to acknowledge the skills and aptitudes necessary to master the new media ecology. Very soon, however, this focus on modern media technologies was expanded and ‘basic’ skills such as counting and writing came to be labelled ‘elementary cultural techniques’.
1K transformed nature into culture, 2K implies a very similar operation: it indicates a culturalization of technology (extending the sovereignty of culture into the domain of technology vs. technology is retrojected into (past) more ‘natural’ cultur).  there never was a document of culture that was not also one of technology.
3K come to transcend the confines of literary studies, media theory and cultural studies and enter the domain of philosophy and anthropology.
Between subject and object (tool, matter): possibility that there was never a ‘here’ or ‘there’ to begin with; both are a product of the between.
a. tools, operations protocols and/or procedures create the object
b. Cultural techniques – such as writing, reading, painting, counting, making music – are always older than the concepts that are generated from them. People wrote long before they conceptualized writing or alphabets; millennia passed before pictures and statues gave rise to the concept of the image; and until today, people sing or make music without knowing anything about tones or musical notation systems. Counting, too, is older than the notion of numbers. To be sure, most cultures counted or performed certain mathematical operations; but they did not necessarily derive from this a concept of number. (Macho, 2003: 179)
Procedural chains and connecting operations give rise to notions and concepts that are then endowed with a certain ontological distinctiveness – and which are therefore in need of a techno-material deconstruction.
c. If ideas, concepts and in some cases the objects themselves emerge from basic operations, then this also applies to the agent performing these operations.
A plough drawing a line in the ground: the agricultural tool determines the political act; and the operation (gesture?) itself produces the subject, who will then claim mastery over both the tool and the action associated with it. (Vismann)
German intellectual tradition Anthropologieis as closely related to philosophy as Anglo-American anthropology is to ethnology: the human body is no less of an inscription surface than any other storage medium, including the human mind (K include 'techniques du corps' Mauss)
Walking is not just a matter of physiology, gravity and kinetics, it involves cultural protocols. It is always already the interaction between the fact that you can walk and the expectation that you could or should walk in particular ways. (K - коннотация природы?)
We are not a Mu?nchhausen species able to pull ourselves out of our prehominid swamp by our own hair. Instead we emerged, quite literally, from doors and gates while domesticated animals – in opposition to which we were able to identify ourselves as a species – emerged on the other side:
cultural techniques (of hominization) refer to processing operations that frequently coalesce into entities which are subsequently viewed as the agents or sources running these operations (cp. Latour).
North American posthumanities: the co-evolution of humans and technology (K. Hayles & D. Haraway). From the K approach, anthropological differences are less the effect of a stubborn anthropo-phallo-carno-centric metaphysics than the result of culture-technical and media-technological practices
K(ittler): phonographs & typewriters vs. disciplinary phantoms – body, mind, sense, senses, meaning, truth, communication, consciousness.
Media philosophy reflects on the generalizations derived from the preceding medium-specific studies and attempts a definition of mediality, yet it refuses to reacquire the instrumental naivety or techno-centric assumptions of bygone theory decades. Mediality as something that belongs neither to the perceiving subject nor the perceived object and which, as a third, enables perception by removing itself from perception (среда?)
K. may be seen as a response to some of the problems and potential cul-de-sacs of Kittler’s media theory. To speak of operations and connections allows those inspired by the Kittler effect to speak of practices without saying society; to readmit human actors allows them to speak of agency without saying subjects; and to speak of recursions allows them to speak of history without implying narratives of continuity or social teleology.
Bernhard Siegert. Cultural Techniques: Or the End of the Intellectual Postwar Era in German Media Theory
The critique of reason becomes the critique of culture (Cassirer)/ media (Kittler). Both parties are striving to inherit nothing less than the throne of the transcendental.
Medienanalyse, a term designed to indicate a paradigmatic replacement of both psychoanalysis and discourse analysis (thus affirming both an indebtedness to and a technologically informed distancing from Lacan and Foucault).

the objects of research that defined communication studies (that is, primarily massmedia) were never of great interest. Literature and media analysis replaced the emphasis on authors or styles with a sustained attention to inconspicuous technologies of knowledge (e.g., index cards, writing tools and typewriters), discourse operators (e.g., quotation marks), pedagogical media (e.g., blackboards), unclassifiable media such as phonographs or stamps, instruments like the piano, and disciplining techniques (e.g., language acquisition and alphabetization).
These media, symbolic operators, and practices, make up for the most part what we now refer to as cultural techniques. This reorientation aimed to replace the hegemony of understanding, which
inevitably tied meaning to a variant of subjectivity or self-presence, with ‘the materialities of communication’ (Gumbrecht and Pfeiffer, 1988)

In contrast to content analysis or the semantics of representation, German media theory shifted the focus from the representation of meaning to the conditions of representation, from semantics to the exterior and material conditions that constitute semantics. (to overcome French theory’s fixation on discourse by turning it from its philosophical or archaeological head on to its historical and technological feet: The exteriority of Lacan’s signifier now also involved its technological implementation, the focus on the materiality and technicality of meaning constitution prompted turn Foucault’s concept of the ‘historical apriori’ into a ‘technical apriori’).

how much there was beyond the hermeneutic reading of texts when it came to understanding the medial conditions of literature and truth / post-hermeneutic turn towards the exteriority/materiality of the signifier
Critical Theory: media were responsible for eroding the growth of autonomous individuality and the alienation from authentic experiences (Frankfurt School, + Suhrkamp publishing house, Die Zeit, social sciences and philosophy departments, and bourgeois feuilletons). vs. historians of science who in the 1980s abandoned the history of theory in lieu of a non-teleological history of practices and technologies enacted and performed in laboratories, instruments and ‘experimental systems’ (e.g., Latour and Woolgar, 1986)
Against the ‘communicative reason’ as an alleged telosof mass media, and against the technophobe obsession with semantic depth, the partisans of the unmoored signifier embraced the history of communication engineering that had been blocked out by humanist historiography.
If US postcybernetic media studies are tied to blurring of the boundaries between man and machine anв thinking about bodies and organisms (How did we become posthuman?), German media theory is linked to a shift in the history of meaning arising from a revolt against the hermeneutical tradition of textual interpretation and the sociological tradition of communication (How was the human always already historically mixed with the non-human?).

But if media are no longer embedded in a horizon of meaning, how can they be approached? Answer: by reconstructing the discourse networks in which the real, the imaginary and the symbolic are stored, transmitted and processed.

The technophobia of the humanities, the imperative of Habermasian ‘communicative reason’, the incessant warnings against the manipulation of the masses by the media – German postwar philosophy as ‘reparation payments’ to Anglo-Saxon common-sense rationalism

With the shift to cultural techniques, German media theory adopted a considerably more relaxed attitude towards an historical anthropology that relates cultural communication to technologies rather than to anthropological constants. (turn from anti-humanism to posthumanism & posthumanities)

By establishing a link with the older, technologically oriented understanding of culture, cultural techniques research breaks with the 19th-century middle-class (Bildung) tradition that conceived of culture exclusively in terms of the book reigning over all the other arts.  they now also encompass the domains ofgraphe? exceeding the alpha-numerical code.
K envisage a more or less complex actor network that comprises technological objects as well as the operative chains they are part of and that configure or constitute them.

K presupposes a notion of plural cultures ("If media theory were or had a grammar, that agency would find its expression in objects claiming the grammatical subject position and cultural techniques standing in for verbs") Objects are tied into practices in order to produce something that within a given culture is addressed as a ‘person’.
M: only those techniques should be labelled K that involve symbolic work. What separates cultural techniques from all others is their potential self-reference or ‘pragmatics of recursion’:

From their very beginnings, speaking can be spoken about and communication be communicated. We can produce paintings that depict paintings or painters; films often feature other films. One can only
calculate and measure with reference to calculation and measurement. And one can of course write about writing, sing about singing, and read about reading. On the other hand, it’s impossible to thematize fire while making a fire, just as it is impossible to thematize field tilling while tilling a field, cooking while cooking, and hunting while hunting. We may talk about recipes or hunting practices, represent a fire in pictorial or dramatic form, or sketch a new building, but in order to do so we need to avail ourselves of the techniques of symbolic work, which is to say, we are not making a fire, hunting, cooking, or building at that very moment. Building on a phrase coming out of systems theory, we could say that cultural techniques aresecond-order techniques. (Macho, 2008) - ср. мечту ЛФ, дровосека

But the door too is a machine by which humans are subjected to the law of the signifier.
Separating the two must be replaced by chains of operations and techniques. In order to situate cultural techniquesbeforethe grand epistemic distinction between culture and technology, sense and nonsense, code and thing, it is necessary to elaborate a processual(rather than ontological) definition of first- and second-order techniques. (how nonsense generates sense, how the symbolic is filtered out of the real or how, conversely, the symbolic is incorporated into the real, and how the material signifier is present in the signified and manages to create a physical presence effect.)

Yet the very technique [of weaving] always already produces an ornamental pattern that by virtue of its technical repetition refers to itself and therefore (according to Derrida) displays sign character (see Derrida, 1985).  On the other hand, the recursive chains of operation that constitute cultural techniques always already contain bodily techniques (writing, reading and calculating, according to Mauss)

Researching K therefore also amounts to an epistemological engagement with the medial conditions of whatever lays claim to reality. techniques involved in operationalizing distinctions in the real
K  are not only media that sustain, disseminate, internalize and institutionalize sign systems, they also destabilize cultural codes, erase signs and deterritorialize sounds and images. K do not only colonize bodies. Tied to  specific practices and chains of operation, media appear as code-generating or code-destroying interfaces between cultural orders and a real that cannot be symbolized. 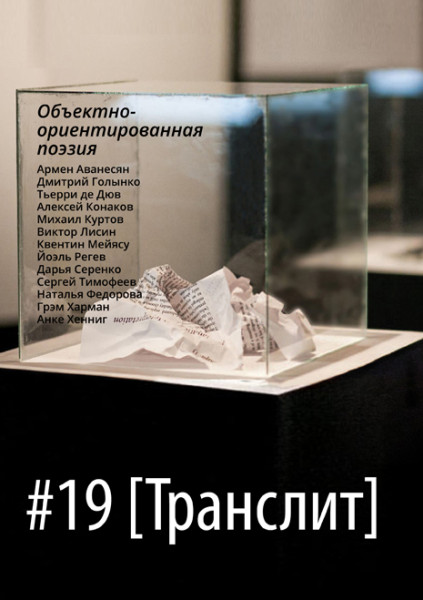 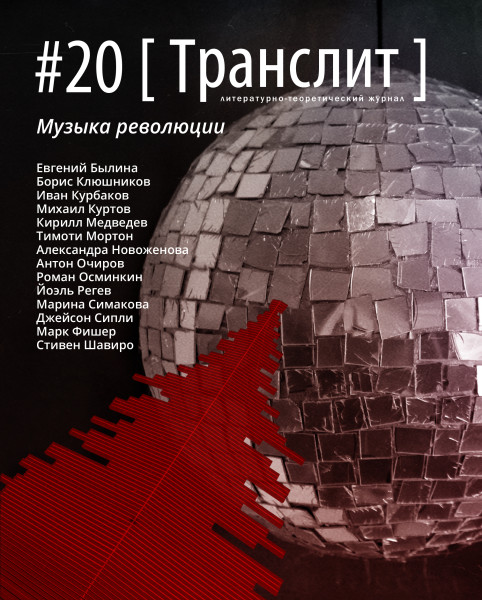 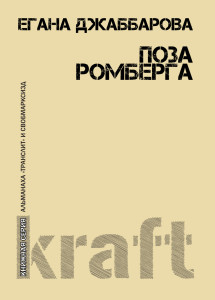 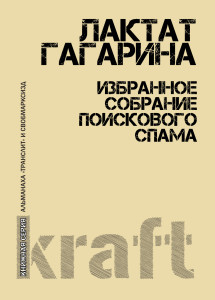 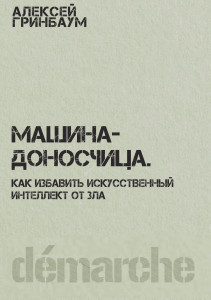 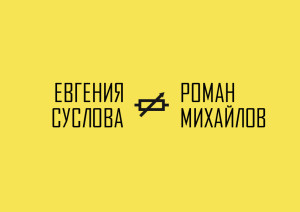 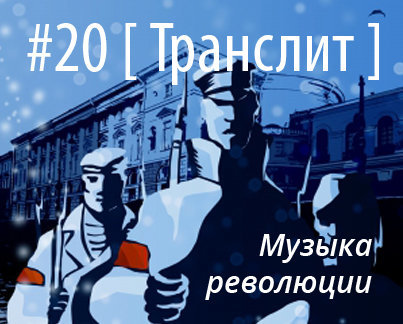 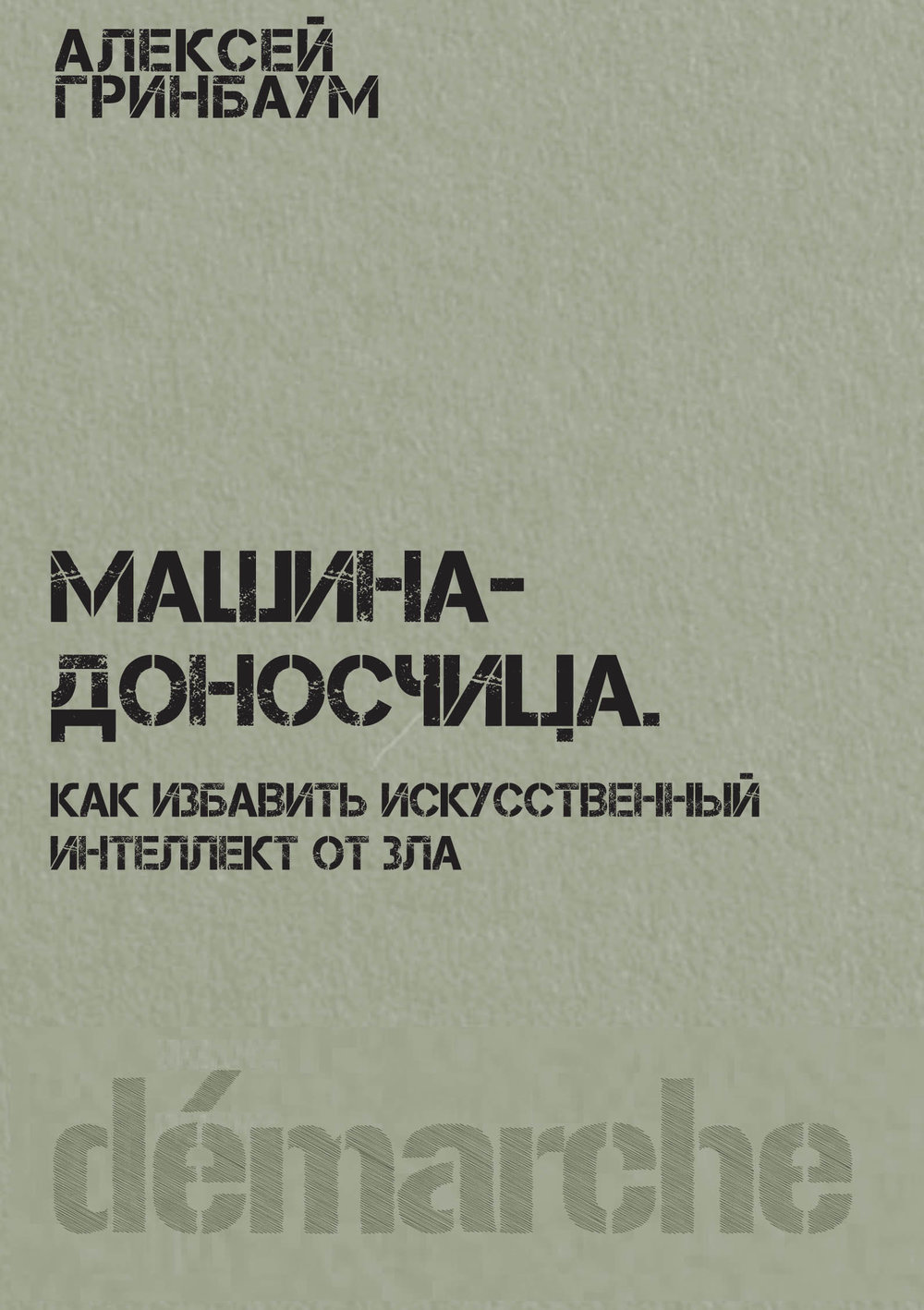 For non-russian speakers we can offer our  very special issue - totally in English. Digest with summaries of #4-16 [Translit] issues and selected poems & articles fully translated. Here's the contents http://www.trans-lit.info/vypuski/translit-in-translation. 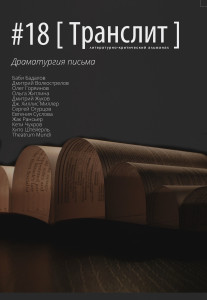 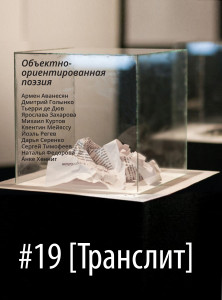 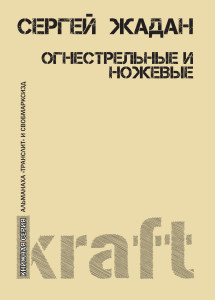 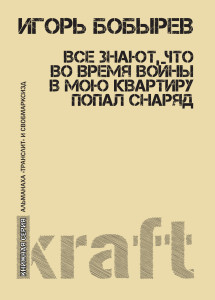 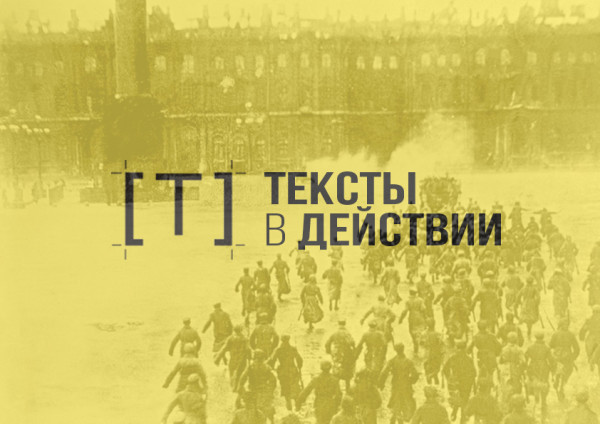 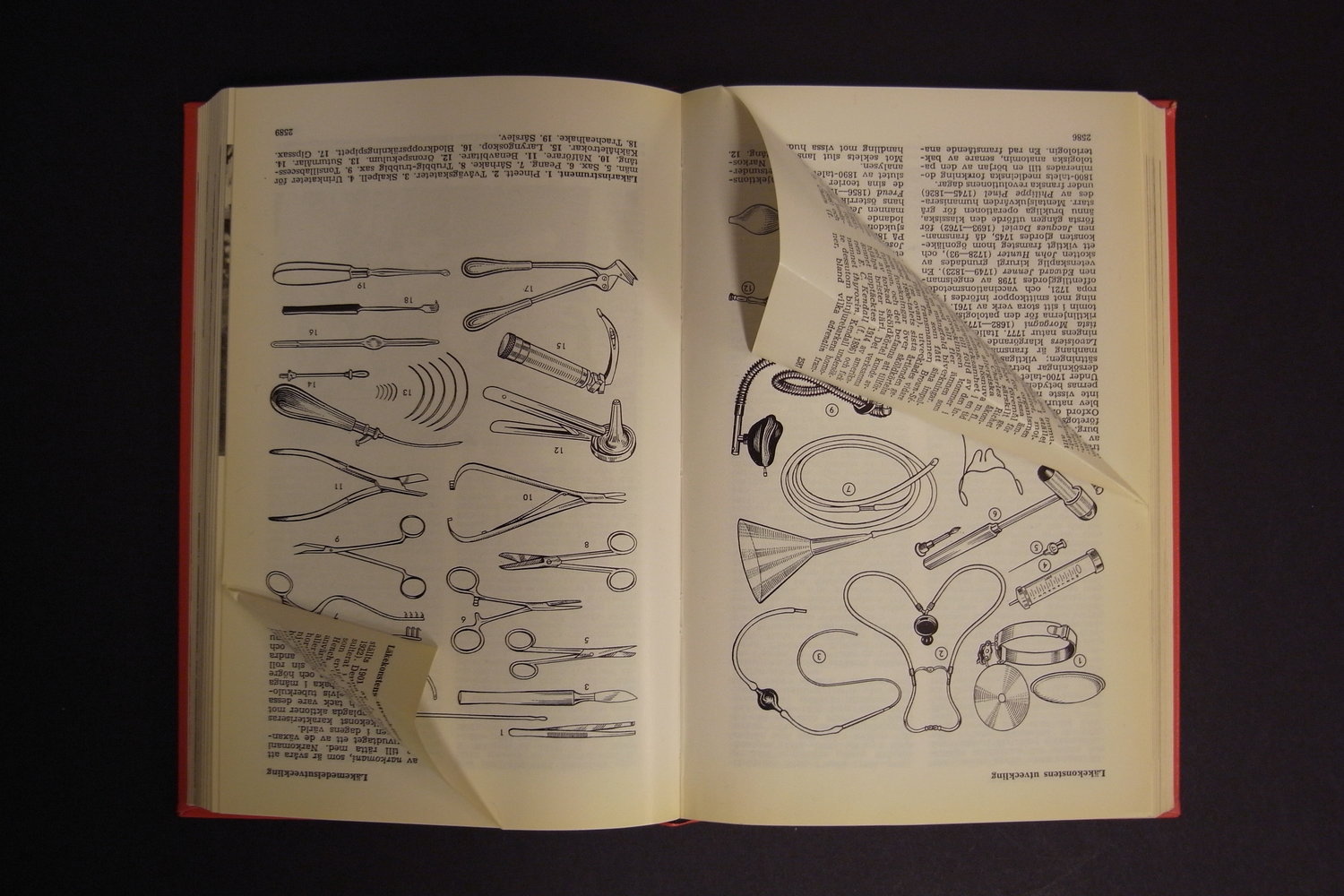 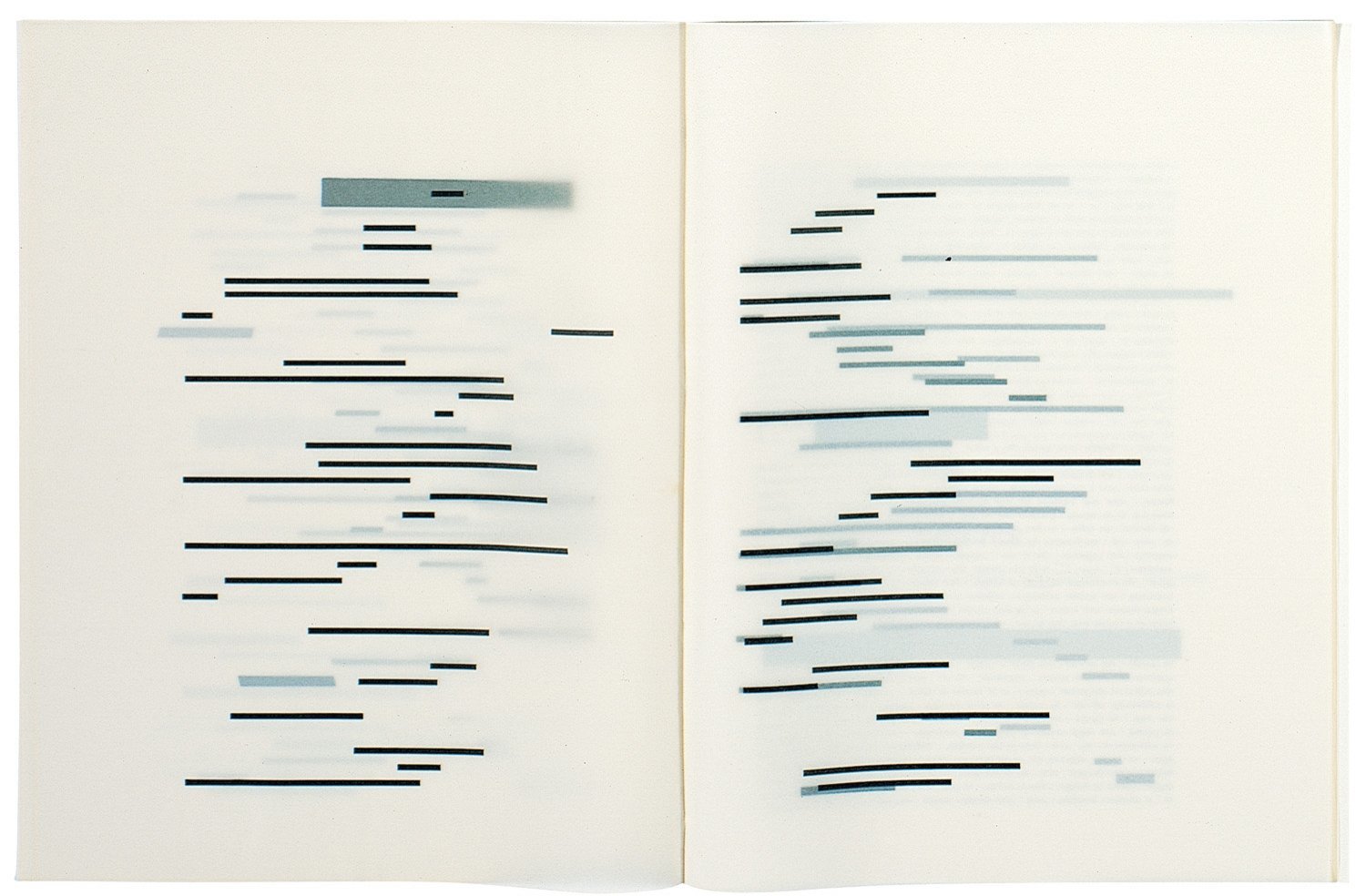 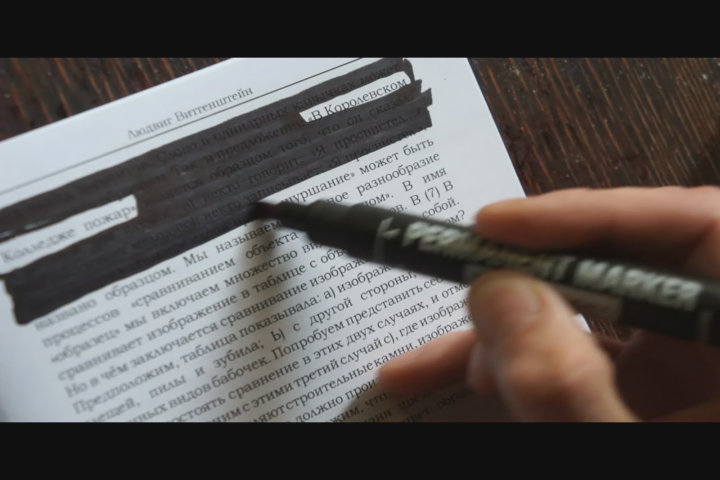 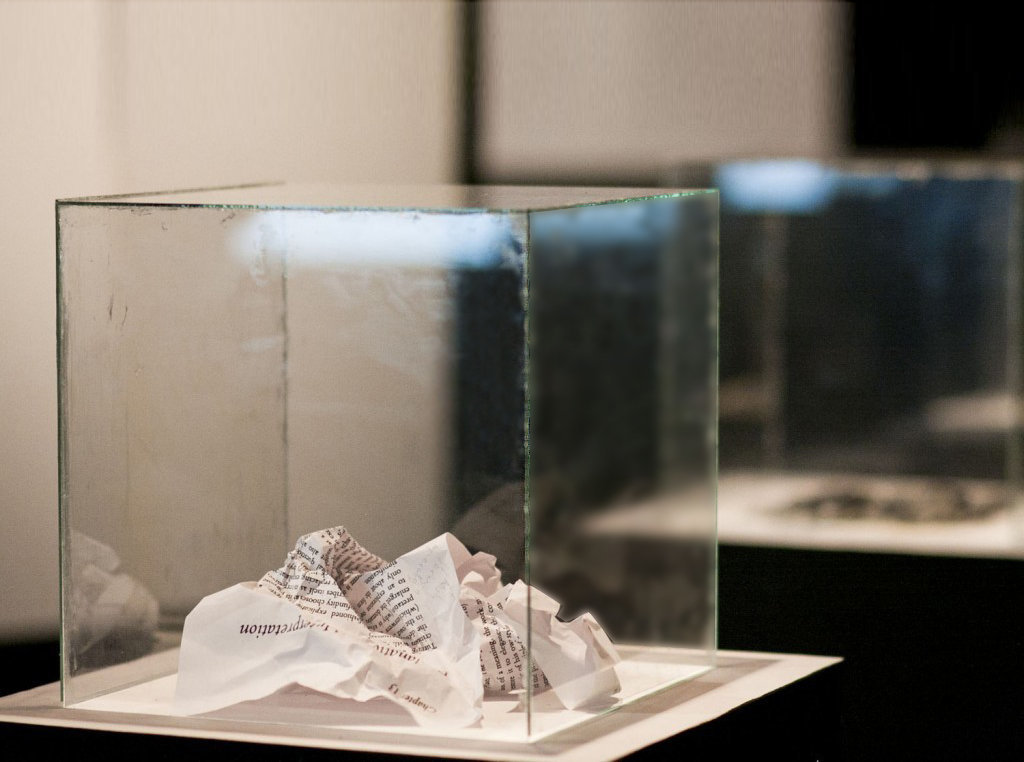 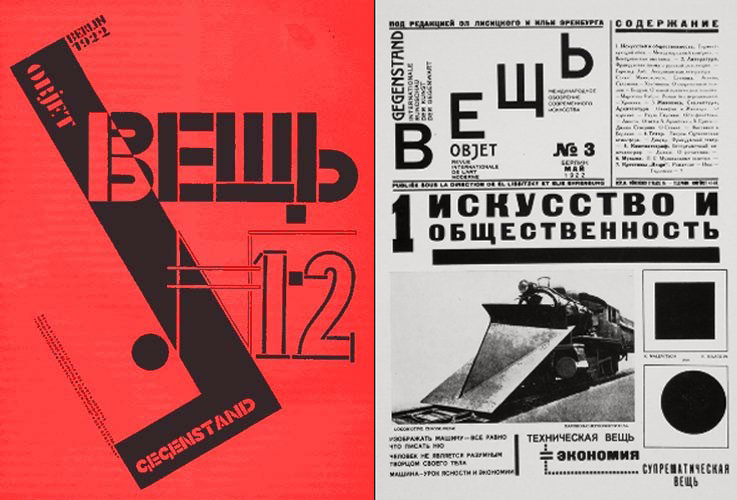 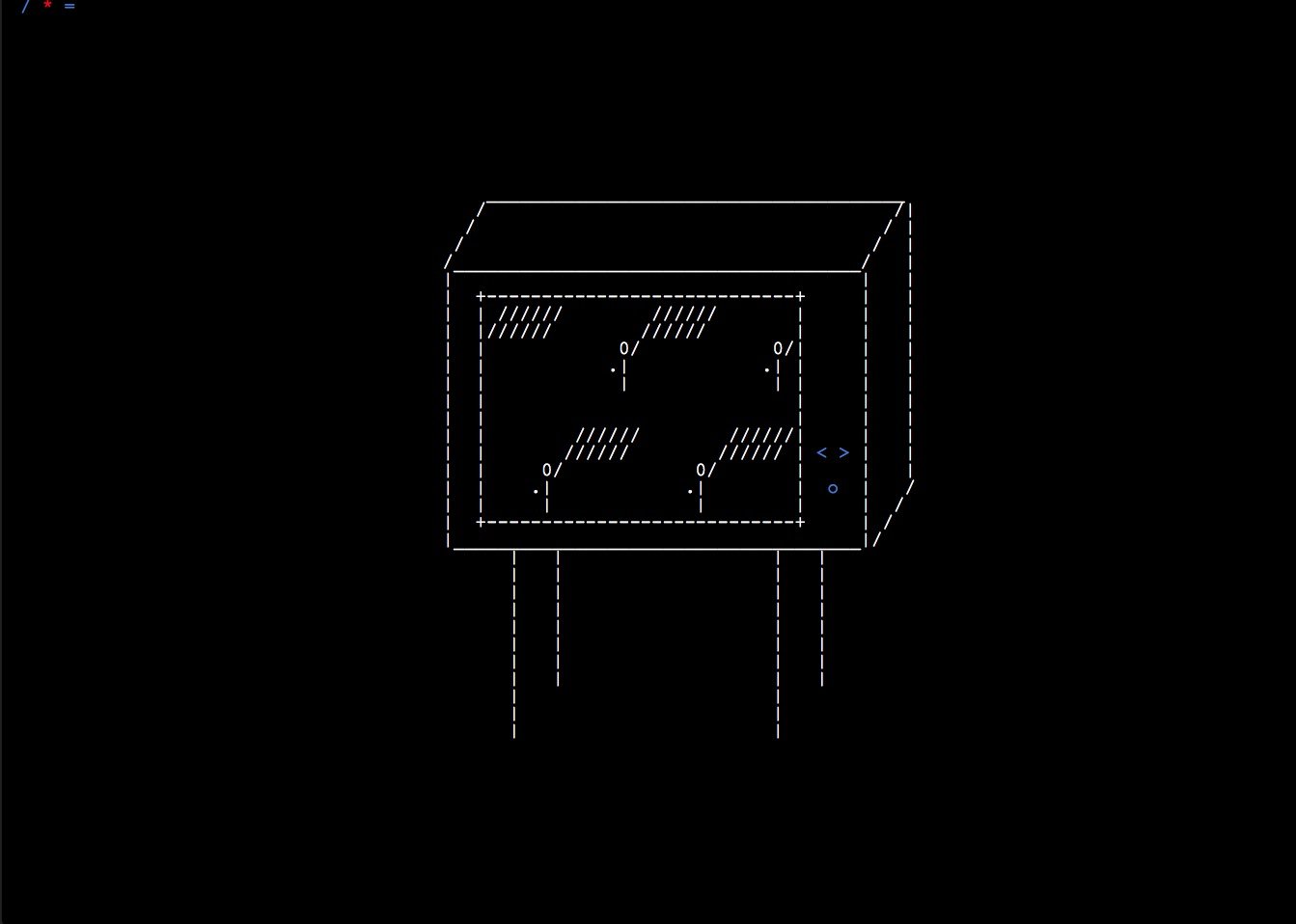 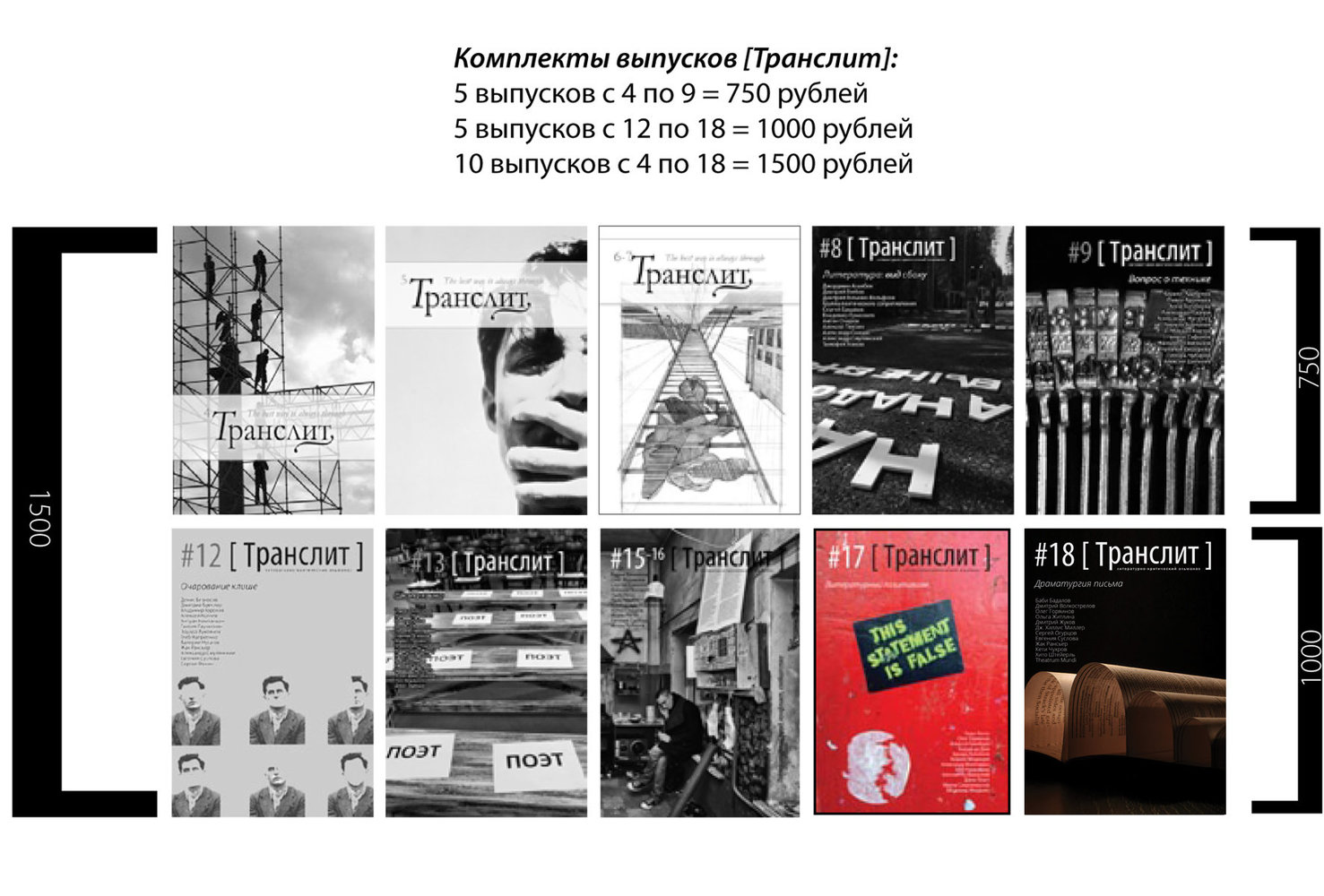 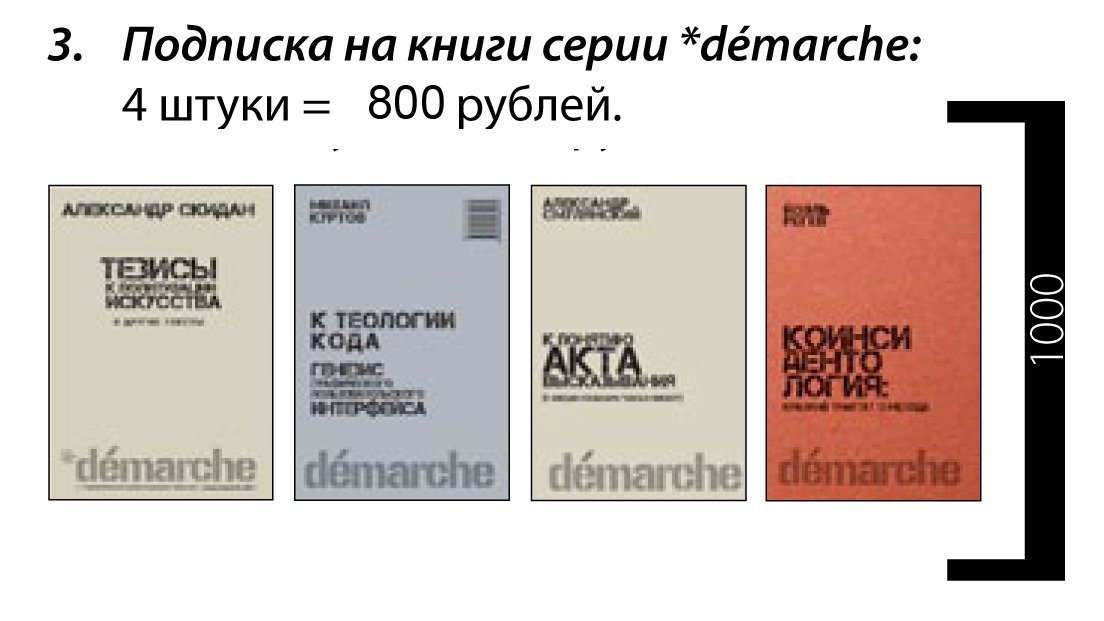 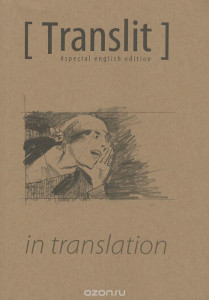 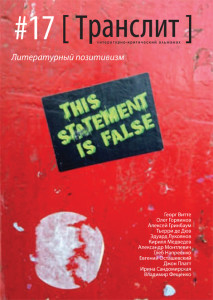 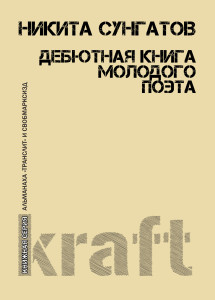 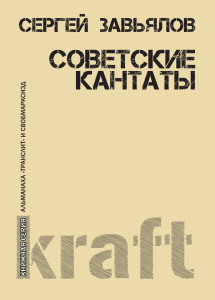 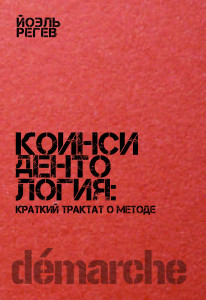 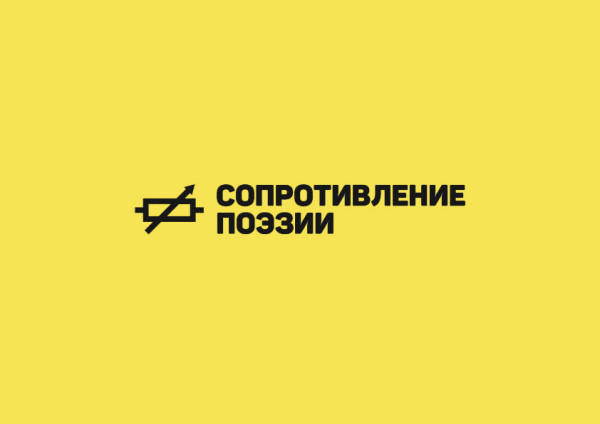 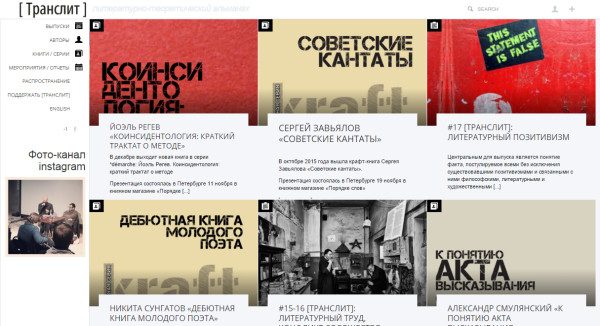 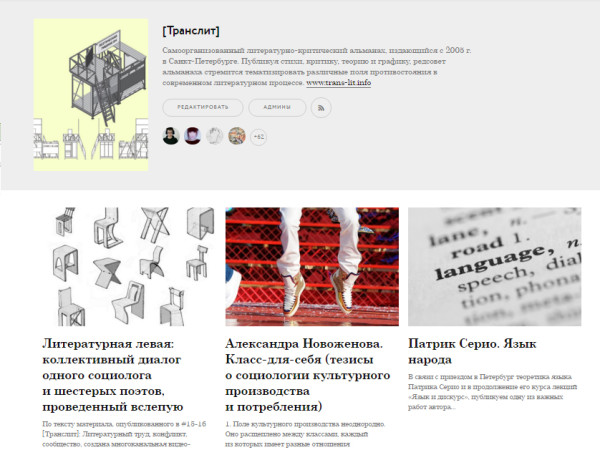