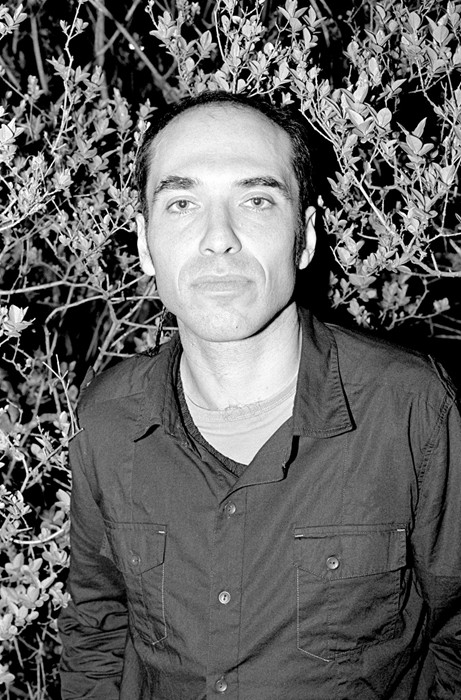 Medvedev’s poetry and his political essays cannot easily be separated. His point of view—that poetry should reflect the political, even its own “relations of production,” and that it can aim to create solidarity rather than emphasize individual subjectivity—may at first look like a weird echo of the Soviet literary bureaus of old. But it’s just the opposite: he is struggling to form a meaningful notion of the left that is independent of the history of the Soviet Union—and a form of poetry that both embraces the fecundity of human thought and reignites the political relevance of the Russian intelligentsia.

Goldhammer: You often seem to express similar ideas about political narratives in both your essays and your poems (I’m thinking in particular of the “City Hall” poems in It’s No Good). If you have one idea and you want to work it out, how and when do you decide which medium to use?

Medvedev: I know I need to write a poem when I see that no other medium will work for it. That is, I don’t have a clear polemical argument that I can express in an article or essay. I can’t express it through direct speech; I can’t sing it in a song. Then there’s nothing left but to write a poem. Poetry, I’d say, is the thing you produce when you don’t know yet which form you are working in.

Goldhammer: In It’s No Good you write a lot about the “New Sincerity” as a literary movement and a school of thought in contemporary Russian poetry. You make this interesting point that the sincere voice, that way of writing, was at one point a good way to break through stultifying, impersonal Soviet rhetoric. And then on the other hand it was a good way to bring some personal testament of experience to sort of disrupt the impersonal jargon of postmodernism. But now you say that the sincere voice has held over for too long. So I’m wondering what type of voice or discourse in writing you feel would be needed to disrupt the discourse of Russian society now.

Medvedev: At a certain point, direct speech or New Sincerity was a historically necessary answer to two discourses that needed to be disrupted: the Soviet and the postmodern. At the time, it didn’t actually matter what was being said in these poems—the need for this direct mode of expression was so sharp; it was so necessary. The ethical, moral, political content didn’t matter—as long as it was direct. <> It was important at that time. But at a certain point the contradictions present at the very start of the discourse came to the surface. One of those contradictions was the fact that this discourse was founded by people who had done very well under the new regime, the post-Soviet regime. These were people who worked at glossy magazines, in public relations, at banks. This was, in a sense, the new elite. You could even say that these people, working these jobs, were so emotionally disconnected from them—had jobs at which they were not allowed in any way to express their emotions, their feelings—that this is part of what created a need for them to write these very expressive poems. But also in a way to shield themselves, to cover up from others and themselves, the fact that they were working in this system, right? So this split very much mirrors the same kind of split that exists in liberal ideology. You have your job, and that is your private life, your private business, and that doesn’t concern anyone. And then you have your public self and your poems, which can be very sincere, very emotional; in fact they often touch upon things in your private life—your personal relations, your consumption of culture in various ways (films, museums). But it’s only the part of your private life that you are willing to share with others, as opposed to, for example, what you do for a living. And so the problem is that this poetry is never able to rise to the level of saying something about society as a whole, because it basically blocks off this whole other part of life.
Why do I think that this discourse exhausted itself at a certain point? I think, to be honest, that it was largely for political reasons. To a certain point, if you and the people around you thought that things were going OK, Russia was going in the right direction, and you were part of a kind of vanguard, part of the elite of the capitalist reforms that were going pretty well, then despite various criticisms you might have of Putin, etc. you could continue to write private poems about private problems. But at a certain point, around 2006 or 2007, when people started looking around and thinking that there was something really wrong in the direction the country was going and specifically with the Putin regime, then they had no choice but to start thinking: “maybe we have something to do with this. Maybe we are involved in this thing that has gone wrong. And maybe our poetry, our art, ought to be expressing a little bit more than just what’s going on with our love lives. It ought to try to at least reflect on our position within this situation.” Which isn’t to say that everybody all of a sudden realized this, all together, but I do think that this general sense of things did enter people’s consciousness, and in so doing, kind of blew up the discourse of the New Sincerity.
I can say for myself that I think that a very interesting project for poetry is experimentation with direct political statements, despite the fact that this kind of poetry had been discredited quite a bit throughout the 20th century. And not only despite that, but because it’s been discredited. It continues to be a provocation. People say, “You can’t do this, you can’t write like this.” But poetry comes, in part, from people saying, “You can’t write like this.”
The question of where to publish, and where not to publish, is something that I used to think about a lot. I still think about it a lot. It seems like there are two arguments. One of them is based, really, on a low level of political culture: the author is so enamored of his own statements and own writing that he thinks it doesn’t matter where it appears, and it doesn’t matter in what context or medium, it will be so magnificent that it will break through everything and stand there in its glory. This, frankly, is the sign of an undeveloped political consciousness.

Goldhammer: How is the Free Marxist Press project going, and how does that fit into all of this? You talk about making Marxism new for people, or making it available to people in a new way. I imagine Russians are inevitably going to have a very complicated response to it.

Medvedev: The interest in Marxism arose among young people about eight years ago because of the need to understand the situation in which they were producing their work. There was a need to think not only about your artistic career and the institutions you were moving through and the people that would advance your artistic career, but to think about the context in which you were producing, how it functions, and also who you’re doing it for. With which stratum, with which class, are you associating yourself? You know? And in this way, you do give up and abandon the romantic conception of the artist. Which, until recently, was everyone’s conception of the artist, from Soviet peasant poets to Soviet conceptualists and postmodernists.
The Free Marxist Press is a reaction to both of the demands I mentioned: the demand of the intelligentsia for tools to reflect on their own situation, and also the demand for a new political force in Russia. Despite the fact that several of the people who were involved in the publishing house, including myself, are members of political parties and movements, we made a decision that the publishing house would be independent of any political party, so that it could continue to be a space for reflection, for people who do not necessarily agree with a particular political line. The publishing house is an attempt to combine reflection, criticism, and propaganda. We do not deny that we have political beliefs, and that we are going to advance them, but we also realize that in order for these political beliefs to be apprehended or understood, we need to create this sort of space of reflection.

Vladimir Nabokov once wrote, 'I will contend until I am shot that art as soon as it is brought into contact with politics inevitably sinks to the level of ideological trash.' What do you think the proper relationship between art and politics should be?

Far too many Russian authors and other intellectuals have taken Nabokov's pronouncements on this matter - and other similar pronouncements - too much to heart. In the 1990s, doing so led them into total political paralysis and degradation. A huge swath of the intelligentsia simply lost the political ground beneath their feet because they decided that politics and economics were best left to professionals. There's no question that ideology can have a negative effect on one's art; it can even destroy it, as we have seen on numerous occasions in the 20th century. But a complete rejection of politics will have an equally negative effect. It's difficult to combine politics with aesthetics, but it needs to be done. It's a challenge that art must meet, in order to develop, in order to constantly question and reexamine its own functions and rules, and in the end, in order to remain itself.

Your early poems seem to focus on personal experience. Yet you later criticise hipster writers for reviving the essentialism of individual experience. Isn’t this a contradiction?

I don't think there's a contradiction here. I have always thought that poetry is based on the transmission of one's personal experience, that even collective political feelings are expressed in poetry through working with personal emotional experience, through speaking in one's own voice. What I was criticising were poets who believe that the aesthetic processing of their experience through the medium of language fences them off from all ideological tendencies and contexts; as if, because the experience is their own, it doesn't intersect in any way with common or general - or, for that matter, political - experience. I support the depiction of individual experience in poetry, but I am against the kind of fundamentalism of individual experience you sometimes see, which often plays a depoliticising role.
Collapse